In this beautiful holiday full of spring flowers of April, hundreds of Chinese and foreign well-known entrepreneurs gather together in the international championship level golf course – Beijing CBD International Golf Course to participate in the WCGC China Leading Enterprise Invitational. In the end, Lu Ying Asset won the national champion with a total score of 73 points, finally getting pass to the 2017 WCGC World Final!

At the 2017 WCGC China Leading Enterprise Invitational, Chinese entrepreneurs made a new interpretation for Golf: G for Global, O for Opportunity, L for Leadership and F for Foresight. The Chinese entrepreneurs are experiencing the first corporate golf tournament in China which is considered as a top international golf event in the world, with a new way of business thinking to understand golf and  feel the world’ s top business platform.

Kick-Off Ceremony by Beating a Drum

In China, the stock market new force in the stock exchange begins its listing road with “beating a drum”.  The tee-off ceremony used the same way of beating a drum reflected that the WCGC China is committed to make the event a new corporate home field for business network; Drum is a symbol of the spirit, as there was an old saying goes” beating a drum can make people feel inspiring”, so the purpose of drumming is to make the competitors feel powerful and take a new look to participate in the event. The drumming sounds like thunder to encourage the entrepreneurs to make a start of the event in the magnificent drum.

Hundreds of Top Corporate Teams Compete for the Championship

Golf is a sport close to the nature which makes people relax themselves comfortably. When the business people leave the conference room full of pressure, the most desired relaxation for them is getting close to the natural trees, grass and rivers; golf is also a sport of self-challenge as there is a rigorous set of golf rules to cultivate their gentleman style and will to face the difficult challenges. In order to play well, it is necessary to have an unremitting sense of competition and a calm and balanced state of mind, which is exactly the necessary qualities the entrepreneurs need in doing business; the golf course is the best business platform for the entrepreneurs as many successful business are made in a friendly negotiation while swinging for 18 holes. Seemingly the deal is negotiated by chance, but actually this is the way that business people dream of making their business.

With the formal start of the competition, the entrepreneurs began to show the golf skills and entrepreneurial style.  Faced with the huge challenge of 17 holes under the water hazard, the corporate team inevitably made some mistakes in reading the golf course and kicking the ball. After getting familiar with the first few holes, the entrepreneurs slowly find the right feeling of playing well, finally most of which scored a good result. There were several teams were leading tie, which obviously reflected the intensity of the event!

After more than four hours of intense competition, Lu Ying Assets team ultimately won the champion with a total score of 73 points due to its excellent performance, with Kangde Group finished runner-up just 1 stroke behind and the Japanese team won the third place.

After winning the National Champion of WCGC China, one of the team members of Lu Ying Assets Mr. Lei Shi said: “We played very happily today in a good cooperation. We discussed each hole before playing it, so a good discussion is really important. No matter how we play on each hole, we encourage each other instead of complaining to play in the best competitive state.

At the Awards Dinner, sponsors of the East Asia Shangyuan Real Estate, NUO Hotel and King of the Fresh Ganoderma awarded the three prizes of “The Most Visionary Award (the longest distance) “,” The Most Ingenious Award (nearest to the pin) “,” The Sincere Cooperation Award (the closest score of a team) ” to the Team Zhuo Ye Fund, Changhu Property and the Bosi Technology respectively.

The most expected part is that National Champion of the WCGC China Leading Enterprise Invitational will qualify to compete in the 2017 WCGC World Final, leading them to the world’s top corporate golf stage! During June 21st -25th, 2017, on behalf of China Lu Ying Assets Team will leave for the beautiful Cascais Portugal to compete in the WCGC World Final which is the world’s largest and oldest corporate golf event, starting the journey of defending the championship against more than 50 corporate teams  from over 50 countries!

The 2017 WCGC China Leading Enterprise Invitational was held successfully, kicking off a new season of 2017 WCGC China series events. In the future, the WCGC China will join hands together with such domestic organizations and associations as China Chamber of International Commerce, China Asian Cultural Industry Promotion Association and sponsors to bring the world of business together for a new business networking homefield!

On October 21, a top international golf tournament with a history of 23 years – the World Corporate Golf Challenge is launched grandly for the first time ever in BFA International Convention Center Golf Club, Hainan, China. This global golf event among enterprises is officially opened in the Greater China. National flags of more than 50 countries and regions are fluttering in the fresh breeze near the sea. The honored guests arrived at the BFA Hotel one after another, including WCGC Event Director Mr. Harry Lloyd, WCGC China Chairman and the President of DE SPORTS, Mr. Qian Yongsheng, General Secretary of WCGC China and the Vice President of DE SPORTS, Mr. Li Gang, event partners, media partners and 30 participating companies, 60 chief executives and general managers from 30 well-known companies in China. END_OF_DOCUMENT_TOKEN_TO_BE_REPLACED 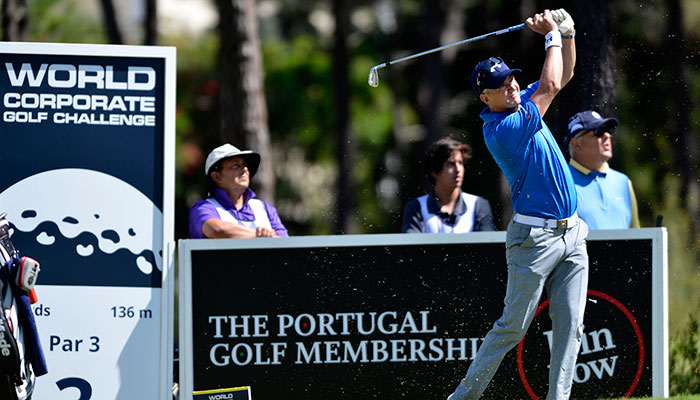 In 2015, World Corporate Golf Challenge(WCGC) has officially entered into China. As a licensee of WCGC, it fills up China’s blank in world corporate golf tournaments and provides a platform for global corporate communication. So, Chinese amateur golf players are about to witness a brand-new top international golf event. DE Sports, as the exclusive licensee of WCGC in Greater China, Hong Kong and Macao, is going to launch a grand opening ceremony in China from October 21st to 24rd in Hainan Boao Forum for Asia. With nearly 100 corporate participants who are renowned entrepreneurs, it will take the initiative of this world-class event in China. END_OF_DOCUMENT_TOKEN_TO_BE_REPLACED